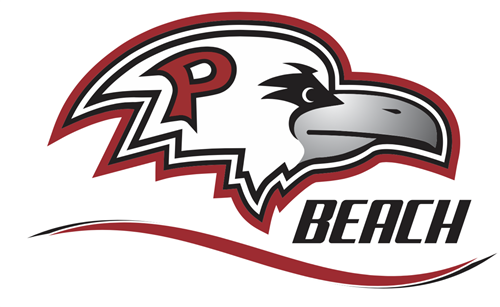 4/7: SHORE CONFERENCE POD 7
Pt Beach  51  -  Red Bank  21  (BOX SCORE)
PB: Jarahian, McLoughlin, Lovgren, Schulz, Liotta win by pin
4/5: SHORE CONFERENCE POD 7
Pt Beach  38  -  Lakewood  36  (BOX SCORE)
PB: Debenedett, Schulz win by pin
4/2: NON-DIVISION
Jackson Liberty  47  -  Pt Beach  24  (BOX SCORE)
PB: Simon, Bowers, Liotta win by fall
3/20: NON-DIVISION
Freehold Boro  39  -  Pt Beach  27  (BOX SCORE)
PB: Schulz, Liotta win by fall
3/17: B-CENTRAL
Pt Beach  42  -  Shore  36  (BOX SCORE)
PB: Macky Liotta with walk-off pin; Career win #200 for Beach coach Jeff Bower
3/16: B-CENTRAL
Pt Beach  63  -  St Rose  3  (BOX SCORE)
PB: Loughran, McLoughlin, & Beley win by pin
2021 Pt Beach Wrestling
One of the most consistent small schools in the state, the Gulls are coming off another big year in which they captured their 4th Sectional Title in five years, and their 22nd Divisional Title in 2020.
The strength of this year's lineup looks to be the stretch from 145-182, where the Gulls have four seniors who were all District Medalists in 2020. Among them is Riley Simon, a 3-time District Finalist who advanced to Atlantic City last season after taking 4th in the Region. He's joined by fellow seniors Kip Lovgren, Jason Schulz, and Macky Liotta, who all made it to the Regions last year. There's a large senior presence up top as well, as the senior foursome of Josh Ramos, who won 16 bouts last year, Rowan Doyle, Jack Shamy, and Dylan Brown, all look to man the 220/Hwt slots.
The lower half of the lineup will be a bit younger, with just one senior, Justin Mazzatta, who saw mat time last season. Still, Beach does have returning starters back in juniors Teddy Jarahian, Michael Storino, and Rowan McLoughlin, as well as sophomore Aidan Loughran.
They lost some real key pieces to last year's team to graduation, but the Gulls have always been good at plugging the gaps with the next man up. The upper half of the lineup looks solid, so how much success the Gulls have this year may depend on the group down low. The B-Central Title has run through either Beach or Shore Regional every year since 2007, and it appears that may be the case again this year. There won't be much time to build up the drama between those two as they are scheduled to meet on St. Patrick's Day at Beach.
Possible Lineup in 2020

Any suggestions, questions, or feedback?